In the weekend of 18th and 19th of June, Porsche won the 24 Hours of Le Mans after Toyota got into problems in the final seven minutes. This year, for the first time, Adimec’s rugged security cameras with highly sensitive CMOS Global Shutter technology where used to broadcast the driver’s view on the road. The extreme environment inside the sports car with constantly changing levels of shock and vibration, changing temperatures and the requirement to have broadcast quality images during daytime and at night with low light make it a challenging environment for a camera.

Around February, the responsible broadcast organization approached Adimec with the question if we had a broadcast quality camera that is rugged enough to be used on board of a sports car for a full race season despite the harsh environment. A special requirement for the Le Mans race, the only race which is being driven during the night, was that the camera should provide an excellent image in a low light situation as well.

To emphasize the importance of having an on-board camera, note that the racing teams get live access to the camera images and they correlate the images with their telemetry data for analysis purposes. Furthermore, for broadcasting at night the on-board cameras often have a better visual on what happens on the track compared to the cameras positioned along the race track. The latter cameras are blinded by the headlights of the car while the onboard camera can use the lights as intended for the driver. An example of this difference is visible in the Figure 1. An interesting fact is that the race is being broadcast in 190 countries with a potential TV audience of 820 million. Some broadcasters even have a dedicated channel for the on-board video feeds. 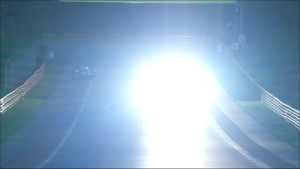 Figure 1. While the camera along the race track is blinded by the headlights of the car, the on-board camera gives a clear visual and does not have problems with the low light situation. 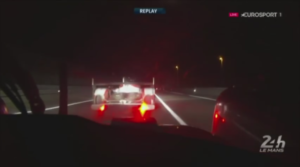 Watch here the battle for 1st position during night with onboard images recorded with adimec’s TMX74 camera.

Building on our knowledge about cameras we advised them to use Adimec’s TMX74 camera with SDI interface and a highly sensitive global shutter CMOS sensor optimized for low light situations. On top of these application fitting specifications, the TMX74 camera benefits from our extensive experience in building rugged cameras. We were convinced that the camera would withstand the g-forces and temperature up to 55 degrees Celsius in the cockpit of the sports car. With our accurate color processing the camera also fulfills the broadcasting quality requirement.

During the bench testing of our TMX74 with several lens options the enthusiasm grew to do more application integration and testing. After being approached in February for realizing a solution, Adimec was able to deliver the required integration with the RF link before the first race on the 17th of April on the circuit of Silverstone (see Figure 2). The existing RF link was used to remotely control the camera and upload the video stream towards the Operational Broadcast Truck. For this first race a prototype was delivered for FIA screening.

Figure 2. A schematic overview of how the TMX74 is used in the Le Mans sport cars.

On May 7th during the WEC 6 hours of Spa-Francorchamps, multiple TMX74 cameras were installed in LM P1 cars for a first endurance test run. Adimec provided on-site support on request of the broadcast organization. But, the cameras worked right out of the box. With the provided documentation our customer managed to control and set-up the camera in all the ways he wanted. The project team involved was happy with the results and on-site support was barely required. Here you can see a TMX74 in the top right corner of an LM P1 car.

On the 18th of June, during the most important race of the WEC, our cameras where successfully used in multiple LM P1 cars and used for broadcasting the race all over the world. Although being the most important race, the 24 hours of Le Mans is not the end of the WEC and you can observe all live images from our cameras by watching the coming races: 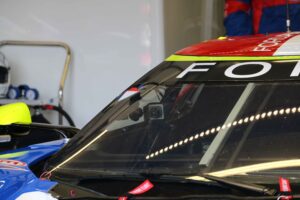 Figure 3. Adimec’s TMX74 in a Ford car and the broadcast  control center with screens that display the streams from all on-board cameras. 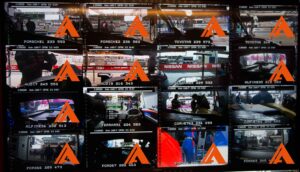 The streams from a TMX74 camera are indicated with a red A.