How many cameras does a system need?

The number of cameras and the necessary mix of low- and high-end models you need depends on how you will use a machine-vision system. 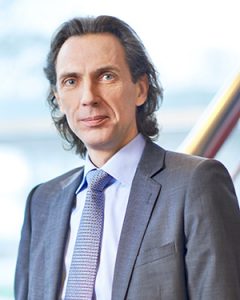 Multiple-camera vision systems can contain anywhere from three cameras for simple applications, such as pick-and-place component inspection, to as many as 20 cameras for applications that require complex algorithms for defect detection, such as wafer inspection and metrology. How many cameras and what mix of high-end and lower-end models you need depends on how you will use them, said Joost van Kuijk, VP of marketing and technology for Adimec.

Q: What are the reasons for having multiple cameras?
A: The number and type of cameras you need depend on your main objective. Your goal could be speeding up a production line, so you would need to take images of many moving objects from similar angles with parallel cameras and similar fields of view. Another type of speed increase would be increasing the number of images taken of each object, to increase the amount of data available to complex algorithms that detect defects. Or you might need images of a stationary object from different angles or using different fields of view.

If you want to speed up the line, you can simply use more cameras in parallel. It’s sometimes easier to have two parallel stations than a single one with twice the speed, because inspection tool mechanics can be a limiting factor at the rate of 50,000 or 100,000 components per hour in electronics manufacturing.

In other cases, you need to break up the field of view—whether you are inspecting boards or components on a moving production line or are inspecting stationary objects—into several different fields of view with different cameras. For example, you might be looking at different sections of a board with different feature sizes. Another reason might be because you need multiple wavelengths, such as infrared and visible light in solar-cell manufacturing. We’ve heard of some customers requiring up to 10 different wavelengths.

Q: What are some different types of cameras and configurations?
A: Sometimes it’s less expensive to have two simple, low-end cameras taking different images of an object, and other times it’s best to use a single, higher-performance, more-complex camera. In a multiple-camera system, you don’t want to simply multiply cameras, frame grabbers and cables, as well as CPU processing algorithms. One system we helped a customer configure acquires images quickly, then moves them to a processor for analysis. It makes sense to use a camera with a high image-acquisition rate that can store the images, and then use a lower-speed link to the frame grabber while the station is moving into the next position. Some camera suppliers have added burst modes so their cameras can more easily fit into legacy systems.

For example, our 4-Mpixel Q-4A150 camera has a sustained 157-fps image-acquisition rate, when paired with an eight-tap Camera Link frame grabber, and a 180-fps burst-acquisition mode. It also has a slower, 10- to 30-fps output for sending images to the PC for processing. Decoupling the sensor speed from the interface speed lets you tune the image and system speed you need without shifting to a complete 10-tap configuration, which would require more expensive frame grabbers.

Q: What are other ways to lower system cost?
A: Storing images and performing some image-handling tasks in the high-end camera, if it has enough buffer memory, can speed up the system’s performance. This would be more economical than adding multiple systems to the line. T&MW

Triggering a CoaXPress camera: What about latency and jitter? – Part 2
8月 9, 2018
Recent News
Go to Top