Image editing is often thought of as image manipulation, a word with nasty connotations. Image editing is about changing the image in some way, you could say manipulating it. However, “I photoshopped a picture from my fishing trip,” conjures up images of making the minnow you caught into a prize marlin when perhaps all you did was heighten the color saturation or increase the contrast. In contrast, image processing is about bringing the information out of the noise. Image Processing is the science of image enhancement and includes photo editing. Both enhance the image and both can be used to bring out otherwise hidden information but image processing is all about bringing the information out of an otherwise noisy scene. Image processing is generally about applying equations and algorithms to images to make data stand out, be easier to detect. Image processing is what Adimec does to generate True Accurate Images and remove system defects and artifacts so that the scene image is accurate.

Let’s walk through a couple of the image processing steps that Adimec does to understand exactly what’s happening, without giving away proprietary information that is.

First, we start with defect pixel correction. All sensors have defects and develop more over time due to interaction with cosmic rays. Defect pixels are not dead pixels, in general, but pixels that produce a video level that is either much higher or much lower than neighboring pixels in a uniform image scene, be it dark or bright. Defect pixel correction is a fancy way to interpolate between pixels that are either too high or too low in a uniform scene (Bright or Dark) and average out the pixel. It is difficult to see a single defect pixel in a 25Mpix image but they can also occur in clusters and if the information you seek is in that single pixel or cluster of pixels, you do not want the signal to be skewed because its response is out of sync with those around it. That would give you a false signal. Of course, you do not want a dark or light blob in your image that doesn’t belong either. So, Adimec applies defect pixel correction for the pixels identified in production to eliminate these issues. If you find additional defect pixels over time you can correct them yourself using the tools provided.

Next, we have low frequency flat field correction (LF-FFC) which is a way of compensating for optics shading and lighting shadowing in an image scene. Let’s take the case of shadowing in the corners of an image due to the optics. Look at the left image in Figure 1 below and you see the obvious darkening of the corners of the image but in the right image in Figure 1 you see a very nice uniform image from the same scene and same lighting. The “device” in this case is just a white piece of paper so the shading is an artifact and not real information.

What happened? LF-FFC has happened. Let’s look at what happens to a slice of the image to better understand what is happening. Figure 2 shows a cross section of the two images in Figure 1, corner-to-corner, that is with and without LF-FFC and you can clearly see that the corners of the image are brought up to the level of the center to flatten the field. It is low frequency in that the features it can correct must be slowly varying like the image above. This works for an image scene as well, as shown in Figure 3. 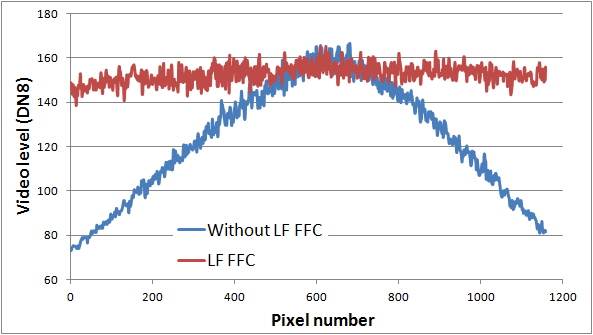 Figure 2: Shows the effect of LF-FFC viewed in diagonal cross section through the two images in Figure 1.

Figure 3: showing the effects of shadowing in a scene (left) and how it is corrected using LF-FFC (right). Note that the components in the scene have not lost significant contrast.

There is also pixel based and column based flat field correction which do the same thing, flatten a uniform image, then apply the correction to the image scene of interest, but on a higher frequency basis. It is not smoke and mirrors, but it is proprietary. There have been previous blogs about color rendition accuracy and Adimec cameras where all you have to do is look at the images to see that the processed image is the image that looks closer to real life (In Camera Color Processing from a Mosaic Color Filter Array). Without image processing images would look grainy, streaked, shadowed, and off color. We count on image processing to give us true accurate images and bring the data out of the noise representing the scene as it truly is.